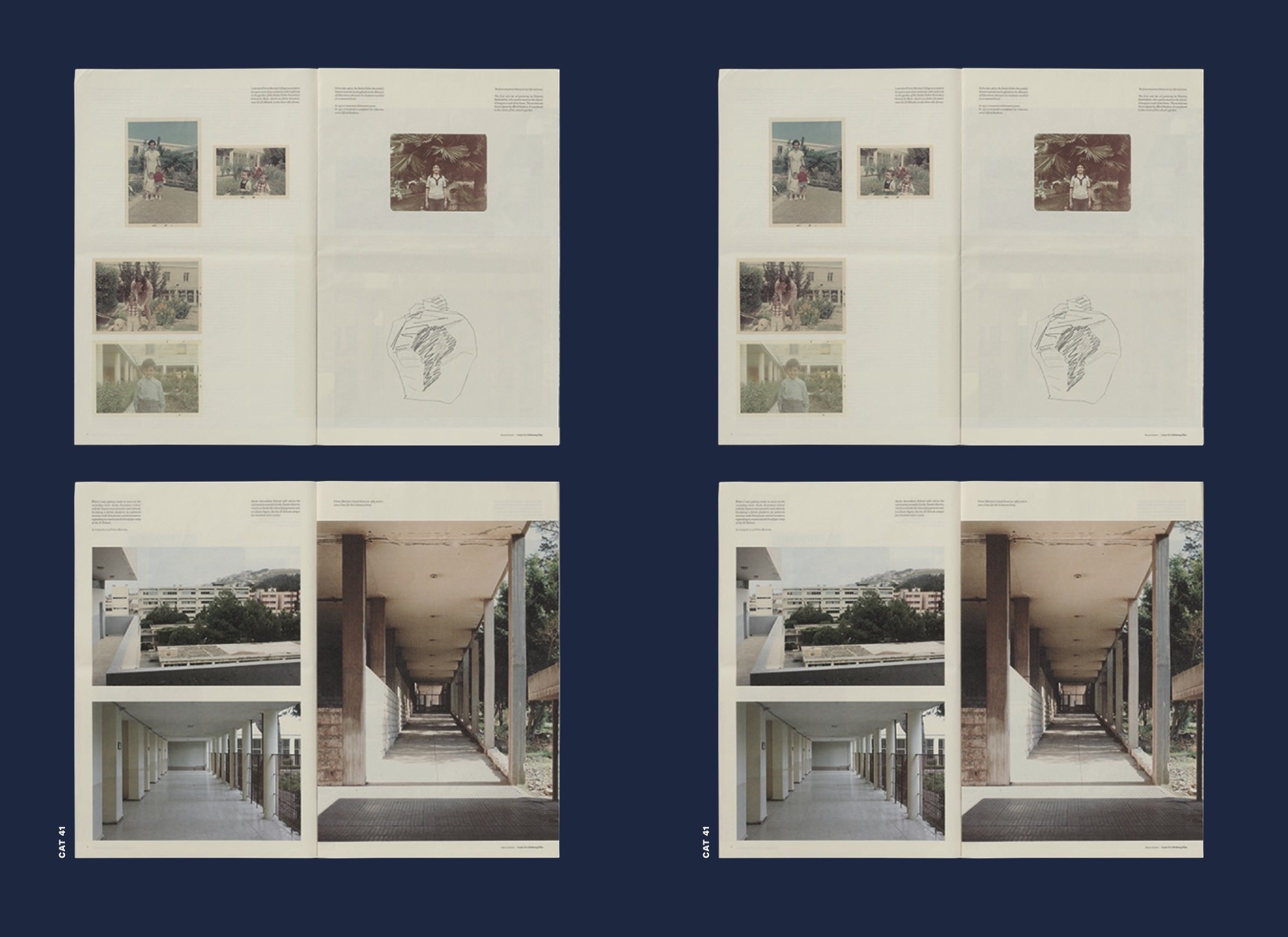 This book, published by the Clark Art Institute and distributed by Yale University Press, surveys a unique archive of ephemera from one of the art world’s splashiest events. I wrote the lead essay in the catalogue, which also features a contribution from Clark Librarian Susan Roeper, who buit the collection, and an essay I commissioned from librarian Sarah Hamerman. Find the book at IndieBound, Amazon, or Worldcat.

Since 2007, the library of the Clark Art Institute in Williamstown, Massachusetts, has built an unparalleled archival collection related to the Venice Biennale—a global celebration of contemporary art, complete with national pavilions and thematic exhibitions in grand villas. In Art’s Biggest Stage: Collecting the Venice Biennale, 2007–2019, readers can experience these art extravaganzas through related ephemera from the Clark’s holdings: artist editions, books, posters, publicity materials, and miscellany (as diverse as pop-up books, tote bags, and wallpaper), much of it illustrated with new photography. By publishing this fascinating and ever-growing trove of memorabilia for the first time, Art’s Biggest Stage will serve as an on-going companion to the Biennale and a resource on the Clark’s collection. In addition, it uses the objects at the Clark as a lens to explore the same questions of nationhood, identity, and spectacle that are central to the experience of the Biennale itself.

An excerpt from my essay:

Every ten years, the Venice Biennale aligns with the timetables of Documenta and Skulptur Projekte Münster, two major recurring exhibitions in Germany. In the summer of 2007, their schedules came together, and enterprising publicists marketed them, somewhat wryly, as being part of a “Grand Tour” that also included the Art Basel art fair. The reference was to the seventeenth- and eighteenth-century custom of upper-class young people, often Britons, touring the continent for months or years to experience art, culture, and the roots of Western civilization. Across two weeks in June 2007, the marketing campaign suggested, contemporary-art enthusiasts could undertake a similar trek, sampling the works of hundreds, or even thousands, of artists in four cities spread across three countries.

A stay in Venice was a highlight for those long-ago travelers, as it “was unlike any other city they visited, whether in terms of topography and architecture, politics and government, or social and sexual mores.” Its uniqueness and cultural riches gave Venice a power of attraction that continues to this day. Any encounter with contemporary art at the Venice Biennale can be interspersed with visits to churches and aging palazzi; walks over charming bridges and gondola rides along narrow waterways; and other experiences throughout Venice, which Henry James had in 1892 called “the great museum.” By 2007, the Biennale itself had become a big-budget cultural extravaganza that spread throughout the city. As New York Times art critic Holland Cotter wrote recently: “The Biennale is as much an archipelago of islands as Venice itself.”

It was not always this way. Although the Venice Biennale is the world’s longest-running recurring exhibition of contemporary art, and although it serves as a model—to be mimicked or spurned—for hundreds of biennials now taking place across the globe, it assumed its present form only in the last three decades.

The first edition of what became the Venice Biennale took place in 1895. The city had mounted a national exhibition of art in 1887 and, six years later, its mayor, the poet and playwright Riccardo Selvatico, inaugurated a commission to oversee another such cultural celebration. In two years of planning, its commissioners devised a repeating structure and decided to make it an international affair, extending invitations to artists in fourteen countries. They constructed galleries on the grounds of the Giardini, formal gardens created by Napoleon Bonaparte in the early nineteenth century and the site of the 1887 show. The Italian king and queen inaugurated the First International Art Exhibition of the City of Venice on April 30, 1895.

Art historian Caroline Jones has written convincingly that the models for the Venice Biennale were the national exposition and the world’s fair, such as London’s Great Exhibition of 1851 or the 1889 Exposition Universelle in Paris. As with those predecessors, biennials like the one Venice was launching conduct business and politics—national and international—by other means. “The Biennial came into being as a trade-specific miniature of, and antidote to, the exhausted and over- analyzed world’s fair,” Jones suggests. “The Venetians’ future-oriented idea was to focus purely on art, which had long been the easiest mode of exchange within the cosmopolitan trading cultures that nineteenth-century Venice in particular was keen to reinvent.”

Although the Venice Biennale is the world’s longest-running recurring exhibition of contemporary art, it assumed its present form only in the last three decades.

The 1895 exhibition was a rousing success, drawing more than two hundred thousand visitors. The Biennale would continue, and grow, through the early part of the twentieth century; within a decade, the number of participating artists had nearly doubled. A permanent pavilion for Belgian participation was inaugurated in 1907. Perhaps inspired by the Rue des Nations at the Parisian expositions, Biennale authorities allowed most of the major European states to quickly follow suit, and in the decades since the total number of pavilions in the Giardini has grown to twenty-nine. Under Mussolini, the Biennale passed through a nearly three-decade Fascist phase, with awards for “Best Maternity Subject” and “The Poetry of Labor.” A brief hiatus during World War II was followed by a postwar period of cosmopolitan expansiveness. In those mid-century decades, the Venice Biennale model began, haltingly, to be copied around the world. São Paulo, for example, launched its own biennial in 1951.

The changes that give us today’s Venice Biennale began in the mid-1970s, when the committee that oversees the exhibition initiated overarching themes for each edition. A decade later, its members began appointing an artistic director from among the increasingly professionalized field of curators prized for their knowledge, their social networks, their management skills, and the number of stamps in their passport. This curator is responsible for a thematic exhibition installed in the Giardini’s Central Pavilion (once the Italian Pavilion) and, since the 1990s, in the Arsenale, an adjacent and enormous shipyard complex that had long been used to build Venice’s commercial and military fleets.

Choosing the artistic director is the primary exhibition-related decision over which the Biennale’s organizing committee has control. The national pavilions are commissioned independently. For example, though organized by a curator and a non-profit arts institution, American participation is formally commissioned by the Department of State’s Federal Advisory Committee on International Exhibitions. (Again, politics by other means.) These pavilions now number more than seventy in each Biennale and have spread beyond the Giardini into rented venues across Venice. Additionally, there are scores of officially sanctioned “collateral projects” likewise dotting the city map. This sprawling collection of exhibitions is what we refer to today when we discuss the Venice Biennale.

Despite how far the Biennale has come in the past century, its organizers’ early decisions retain an outsize impact on its current form. As Jones notes of the pavilion structure—and the nation-state politics that underpin it—the Venice Biennale’s early twentieth-century committees made “the logical error of populating Napoleon’s urban garden …
with pavilions that fixed spatial relations in a world picture doomed to anachronism.”