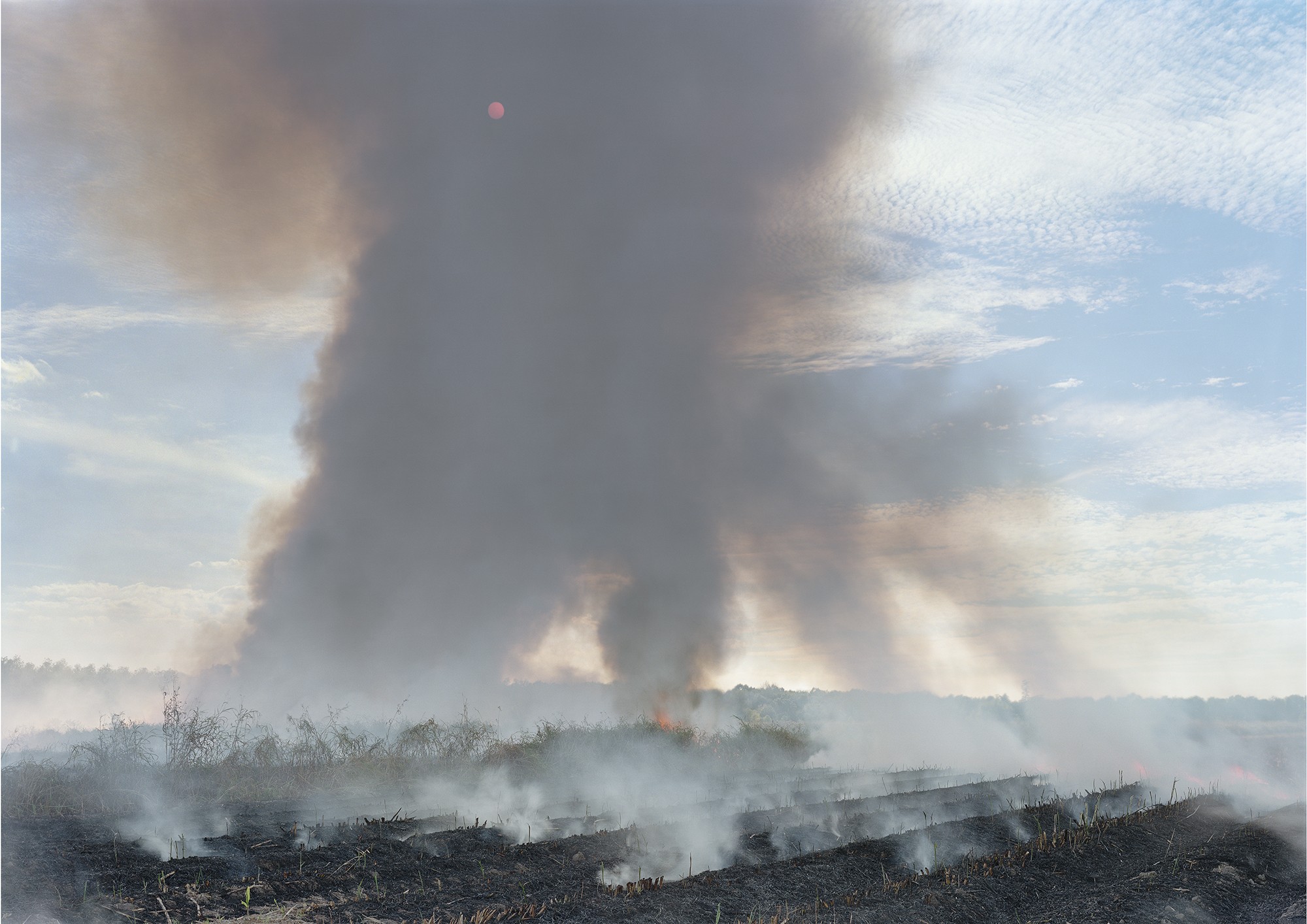 I visited photographer An-My Lê in her Brooklyn studio in December 2019. Our conversation appears in the March 2020 issue of Art in America; Lê’s work is featured on the magazine’s cover. Lê’s midcareer survey opens in March at the Carnegie Museum of Art in Pittsburgh. Click here to read the interview in full.

The term “situational awareness,” which has come into wide use lately, is rooted in military theory. That history makes it apt for describing the art of New York–based photographer An-My Lê, whose midcareer survey opens this month at the Carnegie Museum of Art in Pittsburgh. Not only does she demonstrate a canny ability to assess and depict the complexities of her subjects, but also, for long stretches of her career, she has photographed the American military and its enthusiasts. For nearly three decades, Lê’s landscapes and portraits have brought into view activities that reveal how power is projected onto—and can be read in—places and people.

Lê’s family fled Vietnam in 1975, moving first to France and then the United States. She discovered photography while pursuing a master’s degree in biology at Stanford. On the recommendation of a professor, she took a job photographing artisans’ studios in France in the mid-1980s. After receiving an MFA from Yale University in 1993, Lê traveled to Vietnam and began making the kind of photographs she is known for today. Those visits to her homeland helped her see how the past manifests itself in landscapes.

Lê is curious, too, about how history shapes the attitudes and actions of people today. Whether photographing men who reenacted Vietnam War skirmishes in the forests of North Carolina and Virginia (“Small Wars,” 1999–2002); American military personnel conducting training exercises in Southern California (“29 Palms,” 2003–04); or service members at work in places as far afield as Indonesia, Ghana, and the North Arabian Gulf (“Events Ashore,” 2005–14), Lê has enlarged our understanding of the motivations and messages structuring her subjects’ lives.

Situational awareness entails not only determining the meaning of a given scene, but also making a prediction about how it will change. One way to understand the progression of Lê’s work is to note her increasing confidence in making sense of environments with uncertain futures. She has moved from smaller, closed social groups into the open and dizzying milieu of contemporary American politics for her newest project, “Silent General” (2015–), which includes images of immigration and border control agents, agricultural workers, environmental disasters, and sites of removed Civil War monuments. This is a felicitous moment to survey her work because the excitement for Lê—and for us, her viewers—is that it’s impossible to know where these subjects will take her. The news she brings back will reward close looking.

I help museums, galleries, and creative companies develop print and online publishing strategies and edit texts destined for books, catalogues, websites, and gallery walls. This entails everything from conceiving magazines and creating newsletters, to commissioning writers and developmental editing, to copy editing and proofreading. I’ve even indexed a book.

In addition to the staff positions I held at Artforum and the Aperture Foundation, over the last fifteen years I have worked with Creative Time, Frontier, the Institute of Contemporary Arts London, Matthew Marks Gallery, Metabolic Studio, Moderna Museet, Museum of Modern Art Warsaw, Objektiv, OSMOS, and the Venice Biennale, among other clients.

I’m open to working with new partners and would be pleased to hear from you.